Found some nice fat spring snapper in Mangawhai on Sunday. Beautiful conditions and great to get some success on a skute I'd made.

Launched about 6am from the Estuary and paddled through the incoming tide out over the bar. Absolutely zero swell which made things easier, i've never seen the surf so flat at mangawhai before, it was like a lake!

Picked up a small kahawai trolling the skute past Head Rock which I put back. Would have made a good livey though.

Paddled out to 20m, sandy area, dropped the slider down and had a few casts with the Skute, but after 20 mins with no action and nothing on the sounder I decided I'd move in close to the rocky kelpy area at the North end of the beach. Half hour paddle later with a couple stops to fish on the way and I was at the base of the cliffs with beautiful clear water and could clearly see all the kelp and rocks 3-5m under the yak.

Wasn't long before I picked up a nice 38cm pannie and the decision to move in close had paid off.

I let the wind push me up the cost and kept painting the area with my skute, casting up in to a shallow gut I picked up a beautiful fat spring snapper which fought hard in the shallow water. I had to manhandle it a bit to stop it going in to the weeds.

Paddled over to a nearby little rocky island and retrieved from the deeper water into the shallow where I was situated and got hit hard by another nice snapper of a similar size.

Just after I landed it I had a visit from a pod of Dolphins, jumping out of the water and swimming under the kayak to look at me which was really cool to see..

Faced a headwind and outgoing tide which made for a good little workout coming back in, was back on land about 9:30am and got to filleting, Snapper had a stomachs absolutely full of crabs which was interesting, might need to get some crab softbaits to try out at some stage. 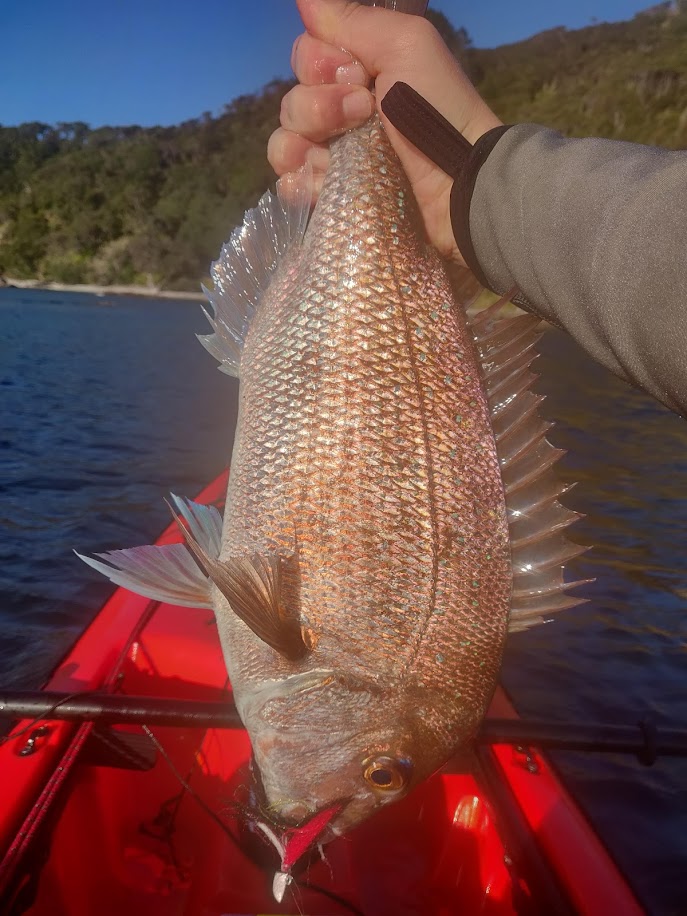 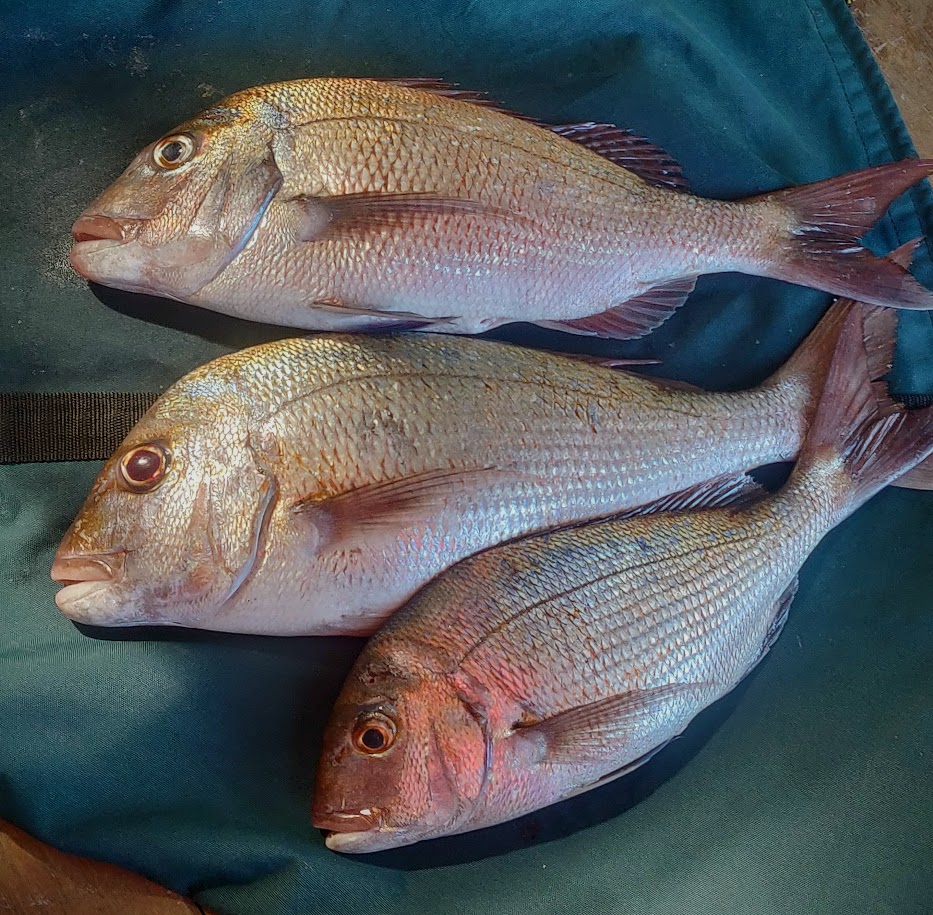 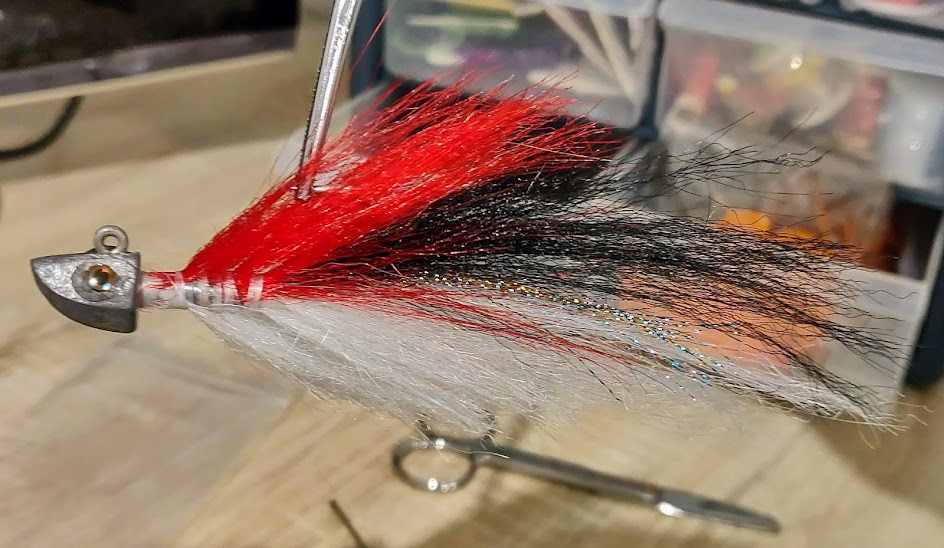 The bigger the mission, the better the fishin'
Top

NIce work, we were off Waipu cove at the same time, stayed out around the 12-15 meter mark. Was okay but patchy. Had a little exitement when a gannet grabbed my livey. Fortunatley it was a decent size and I was able to get it off him before he got hooked. Thought about fishing the rocks but was expecting the wind to pick up early so stayed out further while the conditions were good. Then it was time to go home. The end.
Top
Post Reply
2 posts • Page 1 of 1