Went out last sat 28th to narrowneck for my first softbait slider session this year, got there at dawn, was the only fisher in the whole area it seemed, drifted around the 2 green markers sort of.... 1 little bump on the slider for the 3hrs I was out there, no fish, back on the beach, packed up, drove around to okahu bay, the wind was up by then, did a couple drifts, nothing again.... not happy

Had a later start 29th at okahu bay. baits & berley, lots of small snapper & tons of kahawai around 35cm, as many as you wanted, catching between 2 & 4 at a time
Kept my first ever kayak gurnard, kept 2 kahawai then out of there 3hrs later

Went out today to narrowneck after work for a bait & berley session under the taka cliffs, about 5 other boats out there scattered around, first baits in around 4pm.... a few nice runs turned into keepers, much more happier me is. Heaps of borderline snaps came on the bite followed by kahawai around the 40 - 45cm size
Paddled back in, all packed up by 7pm, kept 2 kahawai around 45 & snaps of 36, 36, 45, 46..... good day out 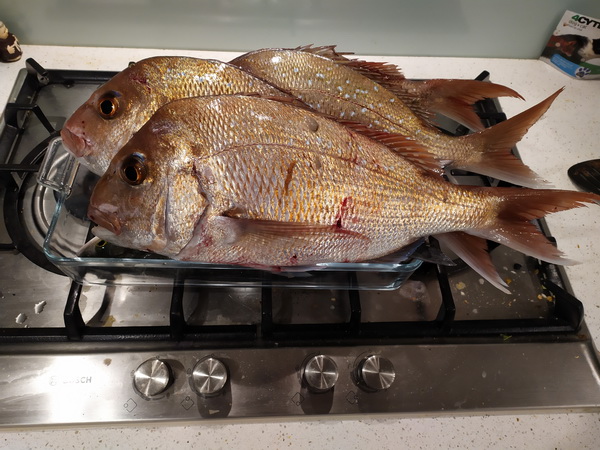 Nice fish mate. Looking forward to getting back out there