I drove past Pukerua Bay twice on Friday before actually making it down for a fish at 6pm. Stunning conditions all day with boats and kayaks everywhere. I was fizzing to get out there and into it.

Met a friend out there in his rubber ducky and waited for another mate Mike in his kayak. So the three of us in a tight circle began to pump the berley... Before too long a little Gurnard pops up. Next I was into another stonker of a Snapper which nearly tipped me out trying to land it! Very happy as it was very early days yet! The others meanwhile had fish coming in on a regular basis. I had another 2 decent Snapper in the next while. A few Trevally and Kahawai showed up. Clint in the rubber ducky had a good fight with a landed a metre long Kingfish which he was stoked with.

With the wind and swell picking up to be a little uncomfortable bordering on risky we decided to pull the pin. Chatted to others on land (yakkers and boaties) and every one had Snapper some with their limits. So some very good fishing to be had out west lately.

Note: the Trev and Ky pictured were donated by Mike 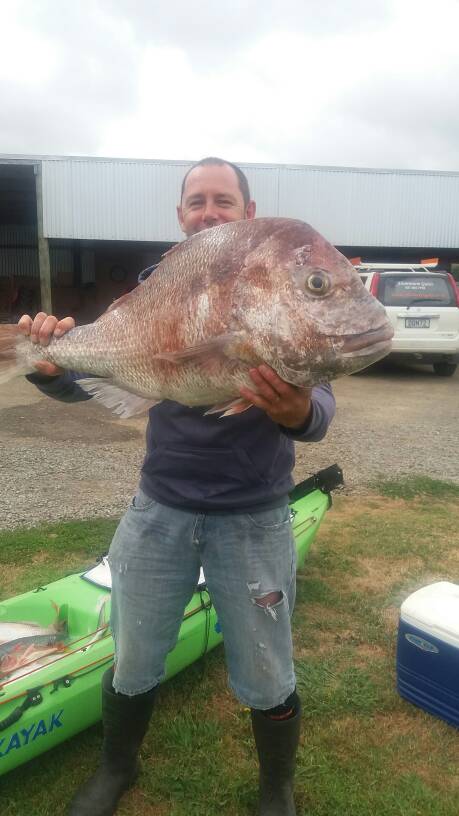 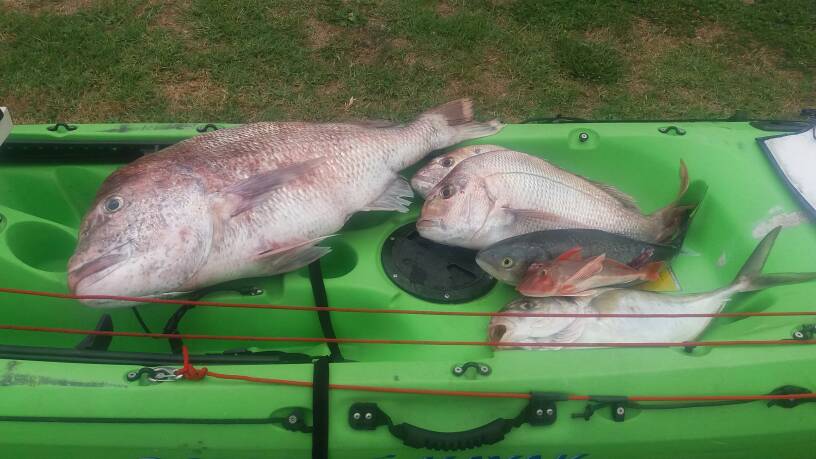 Sent from my SM-J500Y using Tapatalk

That's a gnarly looking snapper there, nice one